He who hates vice... 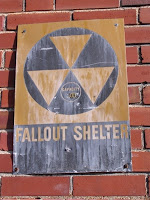 Goto google.com, enter "elgoog" and press I Feel Lucky.  Telling time should not be this hard: the geek clock.  See what's new in OpenGL 4.0.  This year is the 20th anniversary of the Hubble Space Telescope.  How well does your browser support HTML5?  (Firefox scored 101 out of 160.)  If you see a fallout shelter sign and don't even stop to think about it, then you may enjoy this history of the fallout shelter.

How in the hell does swearing relate to authenticity?  It doesn't.  Apparently what's old is new again: know your audience.  What matters is not the vocabulary but the context.  Do I drop f-bombs when talking to my mother?  Of course not.  (Happy freakin' Mother's Day!)  With my beer drinking pals, it's another matter entirely.  And I've never heard one of my beer buds swear at all (nor does he drink beer).  People just need to learn how, where, and when to use language of any kind and get over it.  Profanity serves its purpose as do lesser-used words like "ennui", "perambulate", "mammiferous."  They are all precise ways to express thought and emotion.

There's a new, rather incomplete, web site called What Is CFD.  Anyone know who's responsible for this?  On the other side of the CAE news spectrum, Schnitger Corp's Hot Topics from the world of engineering and design is a worthy read.   A survey of CAE companies at COFES 2010 yielded a split forecast for 2010: 23% still predict a moderate negative impact on business while 20% predict a positive impact.  Eng-Tips has a CFD Forum.

You can't swing a dead cat without hitting an infographic on the web these days.  So why not make your own personal infographic courtesy of Ionz.  Here's infographic guide on men's room etiquette. And of course an awesome infographic about bacon (the earliest bacon reference was in the year 1560).  Finally, here's an example of an infographic that really pissed me off: The American Family's Financial Turmoil.  (Note the histrionics in the name.)  How poor is it? 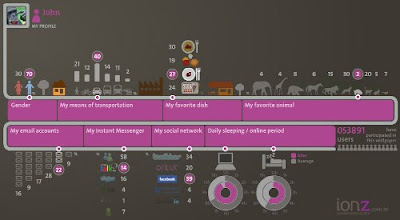 How to drop tweets onto your site using Blackbird Pie.  Do you product managers wear too many hats?  If you know what a vinyl LP is and actually have some, you too might contribute to Sleeveface.  Get your science news from PhysOrg.  Actually, he is a rocket scientist.  The official website of musician Ant Phillips.  Know your URLs.

If you love G.I. Joe like I did as a kid, you'll enjoy these 10 neat facts about him (#6 He has a scar on his cheek because otherwise Hasbro couldn't copyright him).  My Joe was about a foot tall, came in the wooden foot locker with two levels of storage for his gear including sidearm, rifle, radio, backpack, canteen, belt hoster, a full set of clothing and boots that could be changed, hair hair not painted on, and fully articulated.

I hate it when folks like Smashing Magazine publish lists like Web Design Trends for 2010 because  it makes my web work look crappy by comparison and highlights more stuff I don't know (you'd think I'd be use to that by now).  Their list could've stopped at "Design for Delight" because "Horizontalism" isn't working for me.  And what is it with designers and their fixation with typography?  More from Smashing on modern css layouts.

According to research, 27,000 trees are cut each day just to supply the world with toilet paper.  Americans (we're number one!) use 23 kilo per capita annually while the Danes occupy the other end of the spectrum at only 13 kilos.   (Methinks something is rotten in the state of Denmark.)

Provided for education, not debate. (via 9gag)
Someone's going to hell: woman runs down Lord Jesus Christ in crosswalk.  Victor Taba's web site is just fun to watch.  Parents are getting their baby names from Twilight.  I guess Joel and Neil got tired of everyone mispronouncing Pecha Kucha so this year at Business of Software it's Lightning Talk.

Life Upfront boldly claims that 80% of all businesses can benefit from a social media presence and Roy at Forrester believes there are benefits for product development too.  Ning, the social networking platform, is dropping its free service.  If you don't want to pay, here are your alternatives to Ning.  Hubspot has compiled a list of resources for using Facebook for business marketing.

Chris will be excited to learn that Sotheby's is auctioning Mark Rothko's Untitled 1961 on May 12th and its estimated selling price is $18 to $25 million.  This auction also features fabulous works by Agnes Martin, Jackson Pollock, and Morris Louis.  There is even a Dan Flavin for Rick expected to go for $600,000 to $800,000.

Six Revisions offers this guide to writing a decent About Us page for your web site, recommending you follow the rule of the 5 W's: Who, What, When, Where, How.  (I realize "How" has a little "w" in it, but c'mon man - 5 W's?)  Max Design offers a simpler way to do CSS resets.  A detailed study of Google's redesigned search results.
Awesome reference material: street suffix abbreviations, a guide to addressing mail, international codes for phone calls, and a guide to those care symbols on your laundry.  May 23rd is National Lucky Penny Day.  I don't have a lucky penny, but I do keep two lucky nickels on my keyboard.

From my friend Walker to me and now from me to you: computer graphics meet music in the Whitney music box.