If you only listen to one mashup all year, make it DJ Earworm's United State of Pop 2018, Turnin' It Up.

If you're in NYC maybe you can take time to visit The Met for the exhibition Epic Abstraction: Pollock to Herrera.

Can you tell a real Pollock from a fake Pollock?

If you're looking for a new, original painting to decorate your home and you're in Cleburne, TX be certain to check out Pam Yarborough Originals. (I know the artist.)

Colleyville is the 3rd wealthiest zip code in North Texas. You know who's #1.

Forbes offers us seven news year's resolutions. Only one got my attention: save 10x your final salary if you want to retire at age 67. Start by having saved a nest egg worth your annual salary by the time you're 30.

Can you tell whether a food is a sandwich? Apply the cube rule.

Marketing expert David Meerman Scott agrees that mixing business and personal in your social media posts is a good thing, something I've advocated for years. Interesting that this comes at the same time as a grassroots effort to eliminate everything personal from LinkedIn.

I'll admit to being a pen snob. I've been using a Rotring ballpoint for years because I like the feel. So you can imagine I got interested by a list of the 100 best pens. The Pilot G2 Ultra Fine, which I find a bit light in the hand, came in at #92. The Uni-ball Roller, which I think puts out way too much ink, ranked at #72. The BIC 4-Color scored as #12 and I love to have those around for their versatility in note-taking. Their #1 choice surprised me because I don't like pens that have a purely cylindrical case because they simply roll away.

Other new music:
Know what an eggcorn is?

I really have to get down to Houston to see the remodeled Menil, especially their new Drawing Institute.

#NoBeef is a campaign to save the earth by eliminating beef from our diets.

An unopened and unlooted Egyptian tomb was discovered south of Cairo.

Flourishing is a concept from positive psychology based on the PERMA model: Positive emotions, Engagement, Relationships, Meaning, Accomplishments.

...until you have personally experienced the truth of them. ~Aldous Huxley
Posted by John at 9:05 AM No comments:

The most wasted of all days...

Have you ever wondered why the tiny tardigrade (aka water bear) is almost indestructable? Science found a clue and it's a protein.

Science also found a 19 mile wide impact crater below the ice in Greenland.

Here's where science gets freaky. Quantum switching means both the chicken and the egg came first.

How do whales show stress? In their ear wax.

There are good business opportunities and bad business opportunities and IMO this article has both. The bad one is just a bland statement about people wanting "smart" homes. The good one is that LiftMaster, the garage door people, have found that people want to optimize their garage for storage. That's pretty obvious based on the number of garages I've seen that are packed full of junque while the cars are parked in the driveway. So what kind of products might we expect from LiftMaster?


The percentage of unvaccinated children in the U.S. has quadrupled since 2001. Irresponsible. Dangerous. Unintelligent.

Tom Cruise won't be playing Jack Reacher anymore as the series is moved from the silver screen to streaming. I thought Cruise did an admirable job in the movies but I agree that he's too small to play the 6' 5" Reacher.

Revenue from album sales dropped 25% in the first half of 2018 compared to the first have of 2017.  This article in Rolling Stone says that albums and physical albums (i.e. CDs) in particular on on the decline to death because we're reverting to a track-based, online, music economy.
Fort Worth's West Magnolia Avenue, one of Pointwise's neighbors in the Near Southside, was named one of 2018's 5 great streets and 15 great places.

For those of you old enough to know who/what Max Headroom was/is, htere's a 4K video loop of Max's background.

A lot of the Chicago Institute of Art's collection is online.

Ze Frank's latest True Facts video is about Carnivorous Dragonflies and is hilarious like all of them.

From the Student Academy Awards for animation, I suggest you watch Raccoon and The Light which is beautifully and minimally hand-drawn.

What can you do with a non-Newtonian fluid? You fill a speedbump with it that only hardens when people go over it at high speed.

What might be the lineage from Impressionism to Modernism in painting?

What do you say when your program doesn't work? #17 How is that possible?

Python is holding strong at #4 in the competition for programming language of 2018.

Put a planetarium in your web browser with Stellarium.

The 50th anniversary of the Apollo 11 lunar landing is coming up in 2019 and Buzz Aldrin has created a website Road to Apollo 11 50th Anniversary we can all follow. Yes, there's merchandise. But I'll point out that I purchased two Buzz-signed pieces at the AIAA Foundation's silent auction for much less than the stuff on that website is currently going for.

It's a little bit post-peak for this fall foliage map.

The first animal on earth (558 million years ago) was a blob.

The Talmud is online.

Restoring a Jackson Pollock in front of a live audience.

At the heart of Tom Peters' The Excellence Dividend are the 14 number ones. For example, Commandment #1 - Excellence is the next five minutes. (In other words, it's not an aspiration.)

More business advice, this time from Verne Harnish. #7 Make customers want to pay for sales calls. Not that you should do this but the idea is to deliver so much value about your market that customers want to hear you speak. In other words, out-teach your competition.

From how to write the perfect sentence: "a sentence is a living line of words where logic and lyric meet."

Tom Peters has documented his 18 #1s from all his books and lectures and put them in one handy document. My favorite has always been "Excellence is the next five minutes" (i.e. it's not a general aspiration). Followed closely by "Read, Read, Read."

I'll leave you with something to a) watch and b) fiddle with. Generative Artistry hosts a live code tutorial on generating art in the style of Piet Mondrian.

...is one without laughter. e.e. cummings
Posted by John at 3:59 PM No comments: 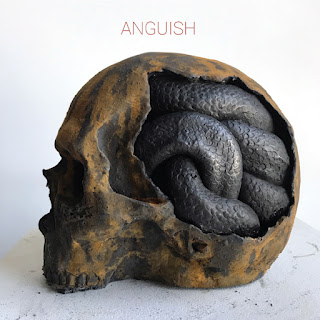 For anyone interested, the full list of the albums I purchased in 2018 is here.
Posted by John at 2:00 PM No comments: